I was reading a book the other day and one adult character said to another, “I won’t let you…” at which point the other character interrupted with an angry, “You won’t LET me?!” then stormed out of the room. I felt indignant at the phrase myself – as if it were okay for someone else to control my choices and behavior; for someone else to have more power over my body than I have myself.

I had some thoughts about this and reached out to my friends and colleagues on Parenting Beyond Punishment (FB) and asked, “What would you say or do if your spouse said, ‘I won’t let you…?'”

Both of their responses were similar to my own, “LET me?!” – outrage and anger – and a need to fight back and show just how much someone else doesn’t “let me” do anything. And then we had a different conversation. A conversation about our children, and how that phrase might feel to them.

I’ve possibly said it, or at least nodded my head in agreement… 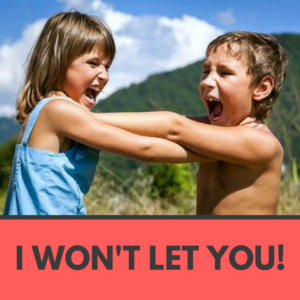 The reason we want to empower, versus power over, our children is because we want to nurture their inner guide and internal sense of control. We want THEM to control their behavior, to think critically and act compassionately, to have a voice and a strong sense of discernment between who can and cannot control their bodies. When we power over them they cannot learn these important life skills.

What We Really Mean

Of course, you don’t mean to power over your children, to control or oppress them. It’s possible you never thought about the phrase this way until it was applied to adults. I didn’t. But now that it’s come to our attention we can learn new ways to say what we really mean when we say “I won’t let you.” What we really mean is we’re going to

You’ve already told them what you don’t want them to do. So here’s some alternative phrases you can use to teach them what they CAN do instead.

What to Say (and DO) Instead

Instead of inserting yourself into the equation (“I won’t let you…”) and creating an emotional and physical power struggle, here are some alternate ways you can guide your child that build their communication skills, increase their understanding of the world around them, and nurture your parent-child relationship.

Children are not going to learn these phrases right away. They need to hear them and try them with you over and over again. And they need you to repeat them patiently and persistently. If you’re frustrated and annoyed when you say them it is going to be difficult for them to learn them – it’s just how our brains work. So take a deep breath and a slow exhale to help your brain calm down. Then try and try again.

Likewise, you (the adult!) are not going to learn these phrases or respond with calm patience every time. So be kind to yourself as you are practicing new responses to your children’s unwanted behaviors. It all starts with you, and you deserve kindness too. 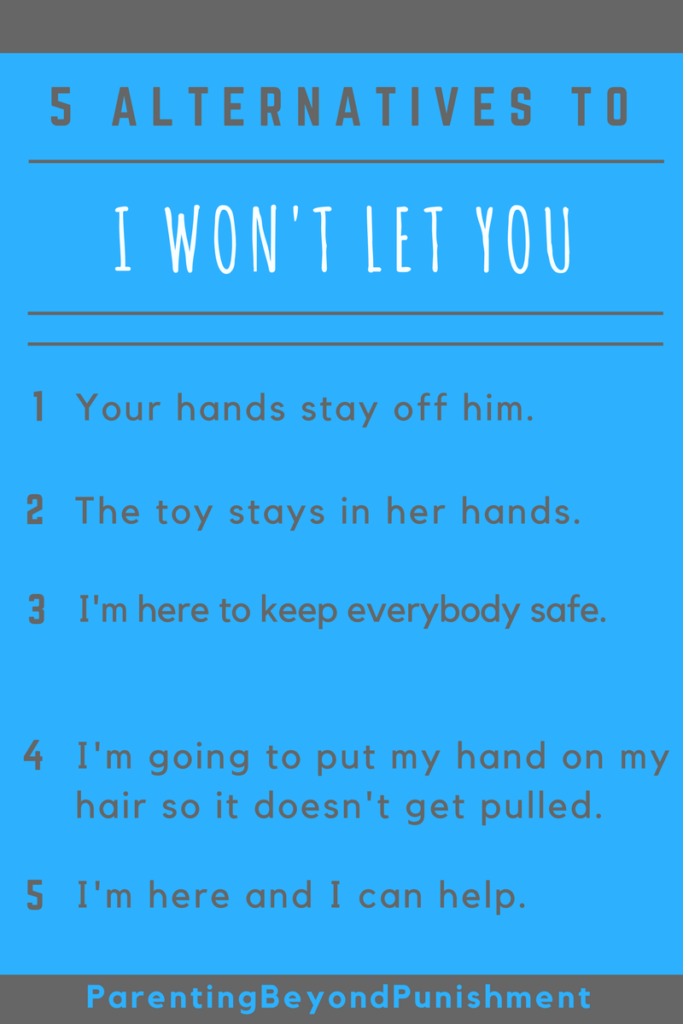